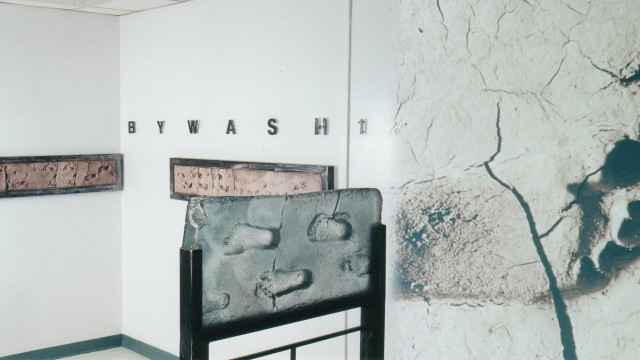 A collaboration with Ineke Standish engaging the diverse community which included members from the CNIB (Canadian institute for the Blind) and CHS (Canadian Hearing Society). Bytown 1832 and Applause were projects that resulted from this engagement. Bytown 1832 installed at the Routhier community centre takes its name from the history of lowertown and the construction of one of the region’s landmarks the Rideau Canal. The Bywash a utilitarian estuary created from the overflow of the canal traversed the streets of Rideau, George, York and King. This body of water acts as a metaphor for capturing the movement of people walking through mud soaked streets. Two large indigenous clay vats captured the effects of these historical actions and were subsequently cast in glass along with photographs that documented the process.